The Best Book About the Buckeyes! 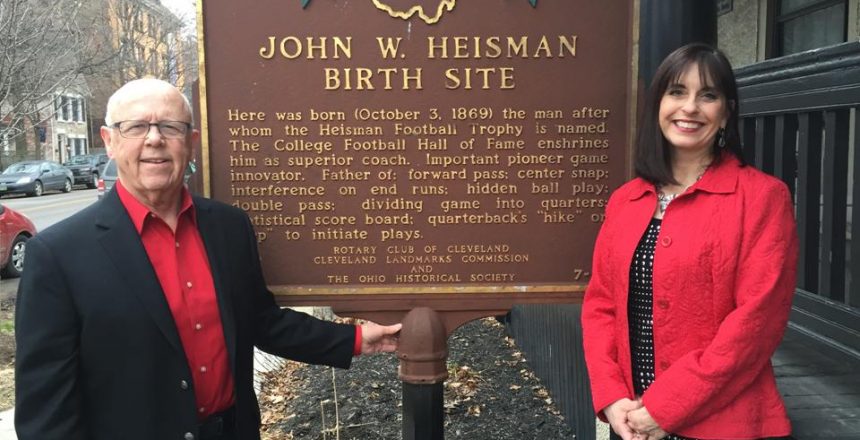 In the fall of 2015, Jack Park, the enormously popular and very well-known Ohio State University football media personality, asked me to partner with him and co-author a book about the history of OSU football. Now, 2 years later, we are days away from receiving the final book from our printer. The thrill is mesmerizing! “Buckeye Reflections: Legendary Moments From Ohio State Football” can be in YOUR hands soon!

The book will delight every reader. It’s not just about scores and stats. It’s about the people behind the scores and stats. Coaches, players, fans, administrators, media personalities, politicians…so many people who orbit the rich Ohio State heritage have a story to add to the glory. In addition, we were able to uncover stories that few people had ever heard.

For example, did you know that the legendary Notre Dame coach, Knute Rockne, was actually hired to be Ohio State’s head coach? I won’t give away the entire story, but the summary is that he was a bit impatient with Notre Dame because he wanted them to build a larger stadium to attract more powerful and popular national opponents, but the university refused. In January 1929, OSU was looking for a new head coach. In frustration, Rockne let it be known to OSU that he would consider the job.

OSU interviewed him, offered him the position and he accepted it. However, after that interview when he returned to Notre Dame, ND persuaded him to reconsider by promising a new stadium. He chose to stay at ND. Construction on a new stadium began after the completion of the 1929 season, and in 1930, Notre Dame Stadium opened, with a capacity of over 50,000. Unfortunately, Rockne only coached one year in the new stadium, before he tragically lost his life in a plane crash in March 1931.

Another unique story that few people have ever heard: While Urban Meyer was the head coach at the University of Utah for 2 seasons (2003-2004) he wow’d the crowd during one basketball game by stepping in as Swoop, the team mascot. We’ve got the pictures to prove it, thanks to Meyer’s wife Shelly.

Probably one of the coolest parts of writing the book was having the privilege of interviewing Archie Griffin, the only 2-time Heisman Trophy winner. He’s an OSU legend, and a super-nice guy, still living in the Columbus Ohio area, and still deeply involved with the university culture. We also interviewed his two brothers, Duncan and Ray, who also played with Archie at OSU. They’re the only three brothers to have lettered all 4 years at OSU. The insights they share about their time together at OSU is priceless. The stories are cool…Archie was first recruited by Bo Schembechler at the University of Michigan, and that was partly the reason why Woody Hayes chose to pursue Griffin. Hayes did not want an Ohio player to jump the border into Michigan!

This book is packed with terrific stories that will charm, delight and even inspire you. It’s filled with photographs we obtained from the OSU Archives, many that have never been published! The book is full color, and it’s gorgeous! You find newspaper headlines, program covers, and hand-drawn illustrations and cartoons. The book is not only a great read, it’s a visual treat.

It’s on sale now! It won’t be in bookstores for a few weeks, but you can order it directly from our website and it will be shipped early December. It’s only $34.95, plus shipping (specifiy Priority or economy (media mail)).

The 1st 500 books purchased online will be autographed (not personalized) by the authors. AND you’ll get an exclusive audio recording of our interview with Archie Griffin. Sweet deal for EVERY Buckeye fan on your list. Even you!