Are Your Choices Based on Fact or Feeling? 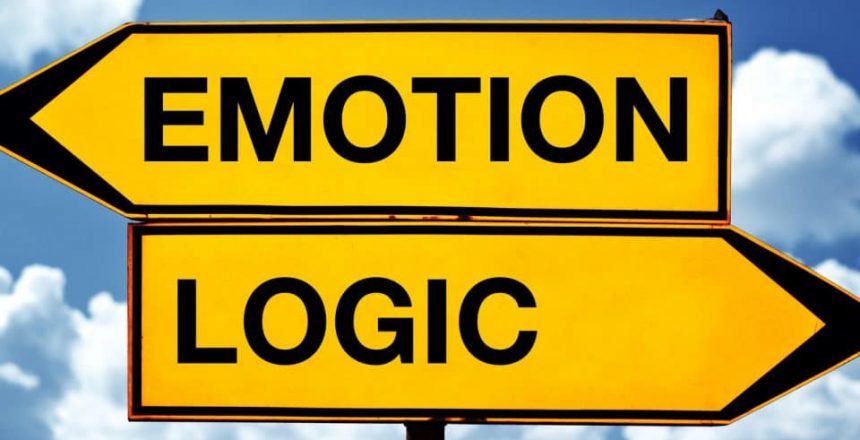 When I was an engineer at NASA, I attended a lot of meetings. The unwritten rule about these meetings was if you were not a manager, you did not sit at the conference table. Your place was in a chair along the wall. And if you were not at the table, you most certainly should not speak up during to the meeting, unless invited to.

Not wanting to make waves, I would choose a chair against the wall, staying small, seated and silent. Even if I had something to add to the meeting, I couldn’t just spout it out from my seat on the fringe of the room. Oh no, no, no. Must. Stay. Quiet. So I did.

One day, I thought about this unspoken rule.“This is dumb. I don’t want to sit along the wall. I want to join the big boys at the big table. Why can’t I? What’s the worst that could happen?” So, one day I walked into a status meeting, and marched right up to the conference table, and took a seat. At the table. Me. A non-manager. A young woman. (I was one of only 3 women in our division of about 100 people. It was the 80’s. NASA wasn’t that progressive yet.)

Immediately, I felt the planet tilt off its axis. Every man in the room looked at me with inadequately masked horror. I suspected they were thinking, “What is she doing? She can’t do that!”

The next few minutes in the meeting were terribly uncomfortable. Then, I had something to add to the discussion. I spoke up. I don’t remember what I said, but I know it just flew out of my mouth.

And then the most amazing thing happened.

Nothing. Well, not really nothing. They nodded as they considered my words, and then folded it right in with the flow of the discussion. They actually agreed with me.

I wasn’t conscious of it at the time, but that day, I challenged a limiting belief. I ran it through a simple filter of “Is this Fact or Feeling?” When I was compliantly sitting against the wall, I was feeling like I fit in, that I was being obedient. But the FACT was, there really was no law preventing me from sitting at the table. My choice was based on not wanting to FEEL out of place or uncomfortable. The fact is that probably nothing would happen if I sat at the table. And if something did, the fact was I was mature enough to handle it.

So often, we pull back and hold back, and fail to offer our best selves to the world. We may be conforming to an established norm or an unwritten set of rules, but we are really acting out of fear and uncertainty. What if you challenged your thoughts that hold you back? What if you ran your thoughts through the filter of: “Is this fact or feeling?”

Evaluate the facts. They are indisputable and immutable. Act only on facts. Evaluate your feelings. Feelings are legitimate but fickle. They can hijack your actions, and override your sense. In your life’s journey, feelings can be warning signals, but they shouldn’t be roadblocks.

And take a seat at the table.