Failure IS the Route to Success 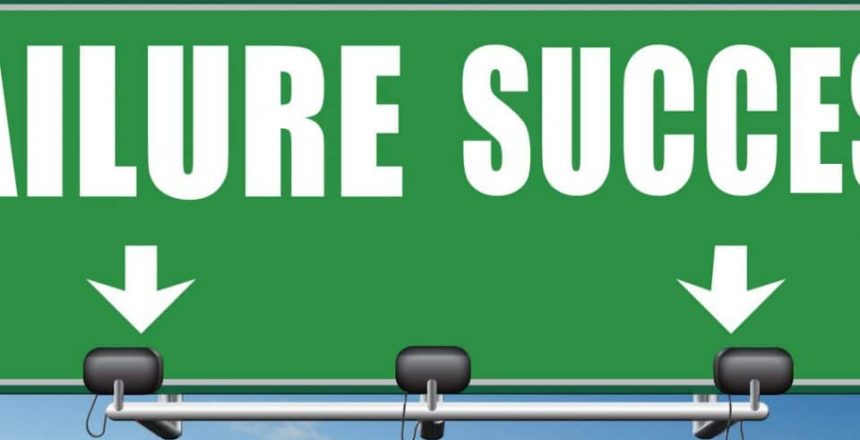 As trite as it sounds, failure really is the route to success.

Earlier this week, I watched a YouTube video of a woman speaking on the topic of Impostor Syndrome. In her talk, she described her own struggle with feeling like a fraud, despite being an educated computer programmer, working and contributing to a successful company, and experiencing a respectable amount of professional success. Yet, her fear of failure (a common symptom of Impostor Syndrome) held her back, and compelled her to aim low and give less than her best effort. She would choose to stick to projects where her strengths and skills would be sufficient enough to not allow her to fail. That resulted in her inner voice saying “You are lazy. You are stupid. You are not valued here.”

Then, she decided to try something different. (She says it was because she was cultivating her inner life a little bit more.  Interesting, because I believe the impostor syndrome is not just a cognitive issue, but a spiritual/soul/belief issue. But that’s for another blog post. Stay tuned.) She asked herself, “What would happen if I gave 100% of my best effort to a tough project?”

That’s a powerful question…one that can put you at the precipice of great transformation.

She chose to take on a difficult project, a new product development, one she didn’t think she could do because it was complex, challenging and loaded with company political issues. She committed to going all out, doing her best to make the project a success. Work started. There were long hours, fiery meetings, and difficult technical problems to solve. She led the team well, and the product launch date drew near.

However, at the last minute, she cancelled the product roll-out because it still had some technical deficits. In the eyes of the world, she failed.

She said “It was deeply humiliating, and not without severe political consequences. But while it was externally humiliating, internally, I was incredibly proud of what I had done.” For her, the process of leading the team was rich and rewarding. The power of the defeat was completely diffused by the awareness of her influence and untapped strengths. She felt awesome. Further, the “failure” created new opportunities to solve the problems of the product, which cultivated a new-found spirit of cooperation and creativity in her team. Oh, and she was promoted. Pretty sweet.

Failure was both humiliating AND empowering. But the empowering voice was stronger.

If you self-identify as an impostor, you may fear failure because you think it will undo you. But failure can lead to success, albeit a success that looks quite different from what you expected. In fact, in some cases, the ONLY path to success is through failure. If you ask yourself “What would happen if I gave it my all?” and chose to walk bravely into a scary situation, you will be strangely energized. Perhaps terror may be your constant companion, and failure will lead to feeling humiliated, but you will survive. And as trite as it sounds, you will thrive. You will see that your authentic self does have value to offer. You can enjoy the failure because the personal satisfaction makes it worth it. You will see that while Impostors don’t allow themselves to fail, authentic people do, and the process of falling down is necessary to rise up. It will strengthen you and enable you to enjoy a new-found feeling of pride in your accomplishments.

So, what would happen if YOU stopped playing small,

and truly gave it your all?