Leadership is NOT Rocket Science 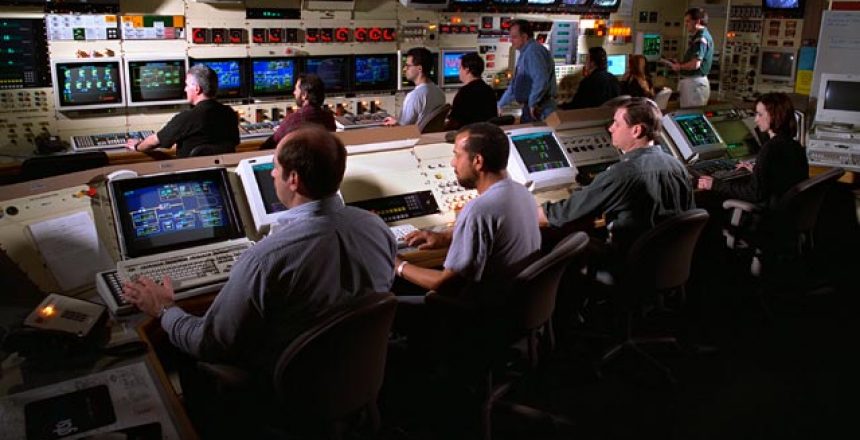 “This control room looks like Mission Control!  And it’s just as intense! All these people…they’re so focused. I feel out of place. Look, there he is! It’s Bryant, the Lead Engineer. I’ve heard about him. He’s just as imposing as I thought. What is he, about 6’5? He looks like a linebacker. OK, Maureen, Don’t mess with him! Oh God, please don’t let me screw this up!”

That was me, in July 1983. I was a brand new engineer, fresh out of college, at my first “big girl” job. It was with NASA at the Lewis Research Center in Cleveland. I was assigned as a project engineer in an aircraft engine test facility named the Propulsion Systems Laboratory. We called it PSL for short.

I was totally geeked out to be there. I’m a huge aircraft fan, and I knew that PSL was a landmark on the landscape of aeronautics research. Any aircraft flying today uses technology developed in PSL. This was my dream job!

My first assignment at PSL was simple. Observe an engine test. How hard was that? I had to show up and shut up.

The control room held about a dozen people… crew members, researchers, and engineers. This particular engine test was sponsored by NATO, so there were visitors from around the world. I thought “They’re smarter, more experienced and older than I am. I am completely outclassed! And I am terrified.” In the back of the room was one empty chair. “That’s mine!” I thought.

I slithered along the wall and made my way to that chair, plopped myself down and began to do my job. Heart pounding, hands shaking, eyes wide open, I began to observe.

I was horrified. I tried not to be embarrassed.

(*hic!*) This time I WAS embarrassed. I couldn’t control the hiccups.

A dozen heads snapped in my direction. Every bit of dignity slid out of my body. Did I mention I was the only girl?

I looked at Bryant. He was standing up, staring at me. I thought “This is it! My career is over before it started!” Time stood still. I was nervous. The crew was nervous. God was nervous.

I watched Bryant, as he stood there. And then he said…nothing.

Not a thing. He just smiled and turned back to his work.

And in that split second, my damaged dignity was restored. He gave me the “Good Housekeeping Seal of Approval”. Every head in the room turned back to their work, and I suddenly felt OK.

That’s leadership at its most basic. Leadership is just another word for influence. And every connection we have with another person is a chance to influence them.

That’s why leadership is not rocket science.

On the other hand, leadership is not rocket science because it doesn’t require a college degree or any advanced certifications. Anyone can lead because anyone can influence.

The question becomes, how do you become the leader that people want to follow?

You do it by adopting this belief: Every interaction you have with someone is a transcendent, even spiritual experience. It’s an exchange of ideas, emotions, judgments, interests, facts, and impressions. It’s way more than a random event in your day. It’s a powerful moment that persists and perpetuates.

Your exchange with someone can change someone.

It goes both ways. You influence others. You have more influence than you think. Your influence is transcendent, because like transcendental numbers (remember that from algebra class??? Think of pi.) they’re not explained by a pattern, yet they’re pervasive, useful and powerful.

That PSL control room incident with Bryant showed me that even a casual interaction with someone can affect them…for a very, very long time. Leadership is not rocket science. Leadership means influence. And influence transcends the here and now. Never underestimate the significance of even a small connection with another person. You may very well be restoring their dignity after they’ve uttered their own “hiccup heard round the world.”