When the “Screw Up” Screws Up 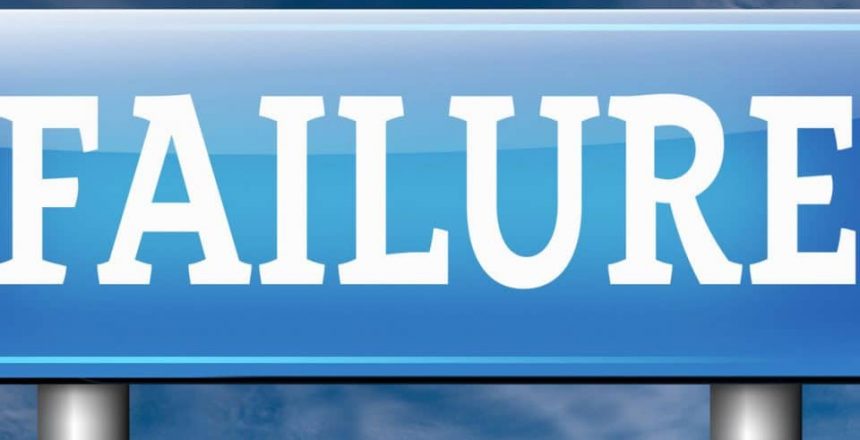 A few weeks ago, I lost a speech contest, and it felt yucky. Nobody likes to lose, right? This was an annual contest that I’ve won many times in the past, but the judges chose the other contestant (there were only 2 of us.) They picked him over me!  I came in last! I failed. I’m a failure. I’m not nearly as good as speaker as I thought. Who am I kidding? I’m a fraud. I suck as a speaker.

OK, I’m not really wallowing in that much pathetic self pity. I know I’m a good speaker. A pretty good one, actually. But the volume of my Impostor Syndrome was definitely turned way up after that contest. Have you ever done that to yourself…beaten yourself up over something you perceived as a failure?

What’s a right response to a “failure” when something didn’t go the way we wanted?

Some background on this contest to put it in context: I’m a member of Toastmasters International, a worldwide organization that helps people develop communication and leadership skills. Every year, they sponsor a big speech contest where close to 30,000 contestants around the world enter the contest at the club level by delivering a 5-7 minute motivational speech. Over a 6 month period, winners advance through 5 levels, getting to the final 6th level, the World Champion of Public Speaking contest. By the time of the 6th level, the field of 30,000 contestants is whittled down to 9 or 10 finalists. In 2009, I was in the top 10. Pretty cool, I admit. (Although, in full disclosure, you should know that I didn’t win the contest. But seriously, who cares? If YOU were in the top 10 out of 30,000 people, wouldn’t YOU be excited?)

That experience in 2009 set the bar for me in competing. It was a fun and fabulous journey, so I thought I’d try again.

Parallel to this contest journey, I hung my shingle and became a professional speaker and presentation skills trainer. I have spoken to thousands of people in dozens and dozens of organizations, groups and corporations. And I got pretty good as a speaker. So, when I lost this most recent contest, it was a chink in my armor.

I felt embarrassed to lose, mostly because I’ve won so often. The common fear of the impostor which is “I don’t know what I’m doing, and I’m a millisecond from being found out!” was my reality. Only it wasn’t a millisecond. It was a tallied vote of a panel of judges. I’m a screw up and I screwed up. Ouchy.

How did you deal with a real setback? For someone who is inflicted with the Impostor Syndrome, it’s a bit harder. Failure is our biggest fear, but being found out as a failure is about as terrifying as the failure itself. Losing a contest in such a public forum after reaching the level I did in 2009 is a double whammy.

The way to deal with it is to think it through, but control your thinking in the process. You cannot let your emotions take you down the destructive path of condemnation. You cannot throw yourself under the bus and say “I suck.” You cannot say meaningless things like “I wasn’t lucky enough” or “I’m not smart enough” or “I wasn’t cute enough.” And you can’t wear the failure like a badge that identifies your character. Remember, you are not the failure. Rather, what you did, failed.

Here’s my thought process as I worked through my disappointment of losing. I had to be logical and calm in my thinking, so I confirmed the following facts:

“I know I’m a good speaker. I have evidence that supports that, and I choose to believe the evidence. The man who won was also very good. He had a strong message, polished delivery and a cool prop. He was well prepared. In fact, I know he out-prepared me. I had a horrible, stressful, emotionally taxing week and I didn’t have the mental bandwidth to prepare better. My speech was good. I had a solid message, decent delivery, and no prop. It could have made the speech funnier, more creative, and more inspirational. But I didn’t. It was a choice in my behavior, not a flaw in my character. In addition, the judging is extremely subjective. I cannot let someone’s subjective opinion become an objective definition. Further, the stability of the free world is not in jeopardy because I lost a contest. And further still, I’m thrilled for the guy who won. He’ll have a great journey to the next level.”

Thinking that through did wonders for helping turn down the volume of the voice screaming “I suck!” in my head.

For the sufferer of the Impostor Syndrome, this thought process is like swimming upstream in a strong current. It takes diligent focus, a will of steel and repeated commitment to retrain the brain to corral the cancerous thoughts and replace them with objective facts.  It is not easy. An Impostor’s native territory is in the arena of fear. When they actually do fall short of expectations, they don’t fear what COULD happen, but live with the fact that it did. And that feels a little like death. A lot, perhaps.

Impostors need to repeat the facts, embrace the facts and own the facts of their skills and circumstances, even in the face of failure. Failure doesn’t mean YOU are a failure. It just means that something else happened. A friend gave a great analogy. If a terrific baseball batter comes to bat and absolutely crushes the ball, hitting it to the wall, he did a fantastic job. But if the right fielder runs and makes a diving lunge and catches the ball, he did a fantastic job too. Nobody failed. It’s just that sometimes there’s not room for 2 successes.

So, next time you don’t do as well as you thought you would, or you fall short of your expectations, or you come in last in a speech contest, think through the facts and own them. You are not a screw up who screwed up. Maybe someone else just caught your fly ball.